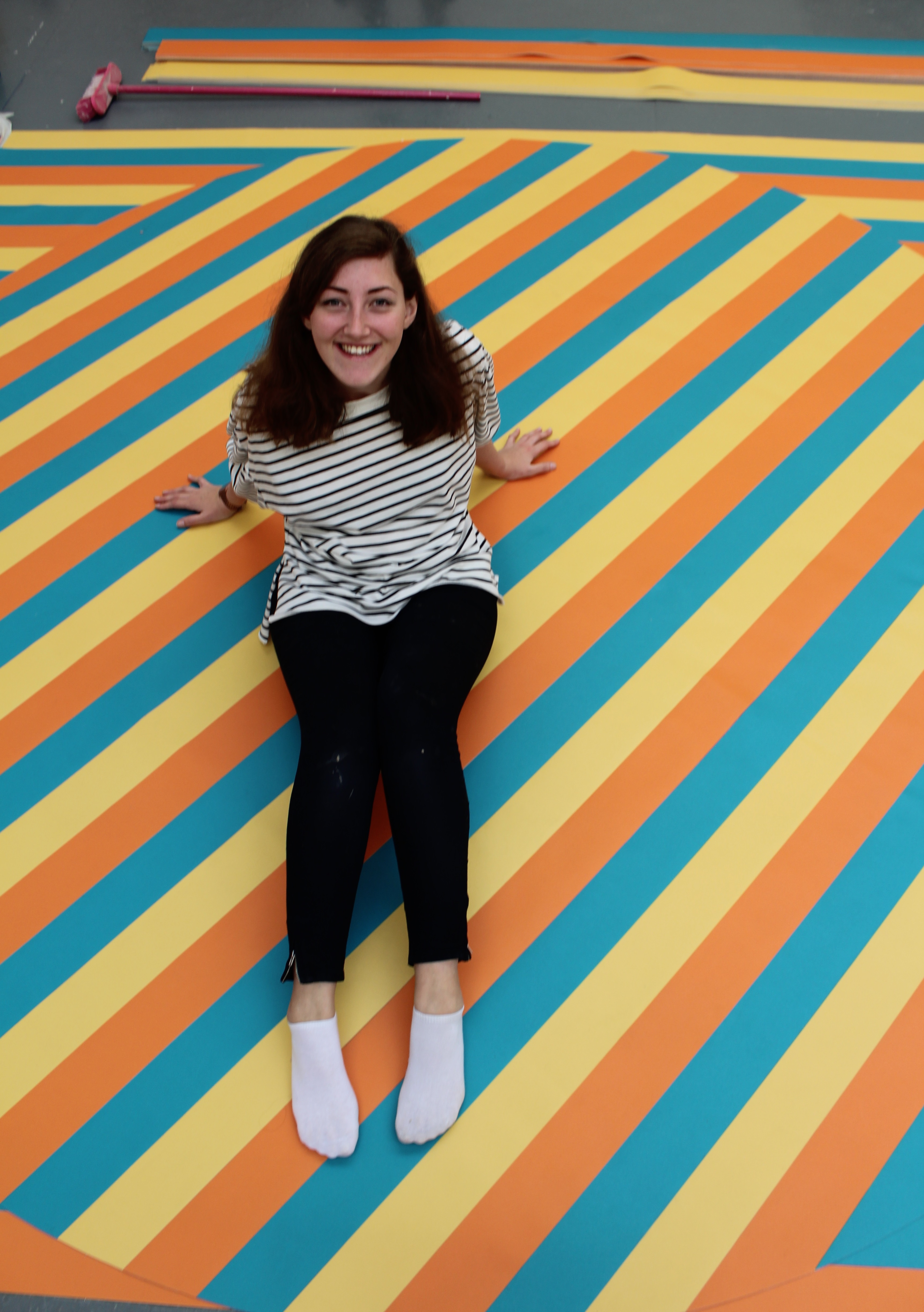 lives and works in Newcastle, UK

co-founder of The Spaghetti Factory with Eve Cromwell
-The Spaghetti Factory is a curatorial duo which began as a series of exhibitions in our house in Central Newcastle. It’s now a satellite project, collaborating with existing spaces (including BALTIC 39, Middlesbrough Art Weekender, GOLDTAPPED, System Gallery) to programme workshops and exhibitions. We’re currently working with Sunderland Museum & Winter Gardens to curate three exhibitions (I, II) between October 2019 and May 2020. The Spaghetti Factory aims to support early career artists and to show a range of experimental work.

part of the 2019/2020 Programme Committee at Newbridge

I’ve started thinking about the sculptures I make as pattern machines – experimentation between surface, space and colour.  The idea of creating new patterns is something that excites me. In my 2019 MFA work I used three different shaped mirrored forms to disturb the image of colourful stripes underneath them. The spatial distortion of striped lines which changed as you walk around them, mean that the work has movement through audience interaction. My hope for these sculptures is that they directly engage the optical nervous system of the viewer and cause them to question their perception of depth and line. The patterns created in this work are new, made through selection of colour, form and reflection/distortion.

The process between 2D and 3D is interesting to me, the way that a 2D image of our 3D environment is projected onto the retina and is built back up into a 3D representation of the world by the brain. I sometimes like to take the patterns made in my sculptures and bring them back into 2D through photography, print and painting.

How we experience shape and colour is a key theme in my practice. Throughout my MA I researched neuroaesthetics and learned about visual processing, how the visual scenes we perceive are first split up by the brain into separate visual elements like colour, scale, orientation and contrast edges. For example, there are groups of cells in the occipital cortex at the back of the brain that only handle colour and groups that only handle motion. Once all these separate features are processed, they are put back together and understood at higher levels of processing (it only takes one fifth of a second to see and recognise something) I like to encourage audience involvement by manipulating this modular way the eyes and brain process vision. Understanding the way people perceive visual scenes better informs the creation of my work.

I’m also interested in minimalism and minimalist theory, which marked a shift in art from object to experience. One of my big research questions is: considering the modular way the brain processes visual scenes, can minimalism promote a more direct visual experience? Colour has already been shown to be the visual element that is processed the fastest. Another question for me is can abstract art be good for your brain? Exposure to unfamiliar visual stimuli creates new associations which are formed as neural pathways. More hypotheses about the visual scene are generated, which leads to an increased neural involvement. This is likely to be beneficial for cognitive growth.

2017 – Shortlisted for North East Young Sculptor of The Year